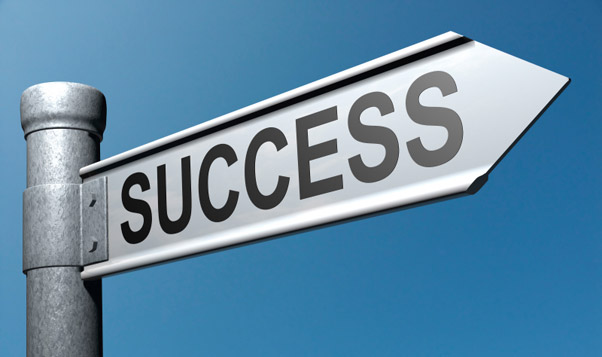 Looking for affordable voice overs online presents quite a few obstacles, including rarely being in front of the voice actor as they record your script. But what are some of the benefits? Where can problems arise? If you’ve ever wanted to know the ins and outs of finding, audition and hiring a professional voice actor at a great rate then this article is for you.

A long time ago in a time before computers and the internet, when you need a professional voicover for a business phone system, narrations, or e-learning course, you had to use the services of a voice over agent. They were only found in big cities, with big offices, and only catered for clients with big budgets.

Over the past ten years as the price of technology has dropped, recording equipment has become more affordable and can now be found in the home studios of many of today’s working voice actors. Internet connections that were never imagined are now in almost every single home in first world countries. This allows large audio files to be zapped around the world in minutes.

Way back before all this, voiceover recordings were actually sent via a courier service from one large city to smaller cities and towns. Then came along ISDN, a type of connection that allows two studios to connect to each other where one recording can be done in real time, and recorded at the other end in broadcast quality. It was rather expensive for the connection, equipment and setup so only a handful of the top voice actors had access to this.

Then at the start of the new millennium, the internet was gaining traction, speeds were getting faster, professional studio microphones were becoming more affordable and home studios started popping up around the world.

Because overheads were a lot less, voice talents could provide their services to clients at competitive rates by cutting out the agent from the equation.

Voice over listing websites started to pop up, accepting anyone that came along and wanted to list themselves, or rather call themselves, a ‘professional voice talent’. These sites did and still do accept anyone who will fork over $300 and up for a shot and auditioning and possibly landing a job.

The problem is that because anyone can join, the quality has deteriorated over time. Think about this for a moment; tomorrow your mother or father who has never recorded a voice over in their life could list themselves on one of these websites and start auditioning against actual professionals. Now imagine you’re a client on one of these sites having to sort through all of this crap!

Many clients want a professional voice, they have a set budget, they want to know how much it’s going to cost them prior to getting into anything, and they want to know they are going to be guaranteed of a broadcast quality recording.

But a lot of people still don’t believe that a professional product can be attained via the internet. How do I know they are going to record my script correctly? How do I know the sound quality will be good? What about if the voice needs to be recorded to be placed with a video?

So What’s The Big Difference?

Here at The Voice Realm, we have cast thousands of voice overs. Many are eventually set to video with no issues whatsoever. You see if a script is written well, the direction on the script is clear, a professional voice talent can then interpret what is required, send the files back to the client, and then have the audio file synced up by the video editor.

We’ve seen so many TV commercials, even national and international TV spots cast through the website without any issue.

Some websites like The Voice Realm is different than others, in the fact that all voice talent listed are professional. They have been pre-screened and confirmed as a working voice talent with a proven track record. You won’t be stuck with an audio file you can’t use, then arguing that you want your money back because the recording will never see the light of day.

If you try and cut corners and save a few bucks on the voiceover, you will regret it later when your script needs to be re-recorded, or time is wasted because the so-called ‘voice talent’ you used was going to save you $50, plus you’re having to constantly go back and forth to get the recording correct.

I’ll be honest. Most people are shocked when they see a voice over rate card for a professional voice talent. “$200 for 3 minutes of work!?!?”

Let’s clear this up. You are not only paying for the time for the voice actor to record your script (by the way a 3 minute script does not take 3 minutes to record), you’re also paying for the usage of their studio, the professional equipment to ensure the sound is crisp and clean, the professional ability for them to understand what you want and give you back a file that is ready for you to use. Their voice is going to represent you, your brand, your product to hundreds, thousands, even millions of people.  They have a talent in that they can read something that is written out, and sound natural, convincing, reassuring, trusting, believable, honest, caring or almost any way you want them to sound.

That ‘3 minute recording’ can actually take anywhere from 30 minutes to a few hours to get right from start to finish. If you believe it takes just 3 minutes I challenge you to look at the clock right now, find some recording software on your computer and record some text you find online for 3 minutes. Press stop and then listen back to it. If you agree that you would never want that sound to represent your product or brand then I rest my case.

Here’s another way to look at it and decide if you want to invest in a pro VO.

Let’s say a professional voice phone greeting costs $200. And you’re going to use that greeting for the next 36 months. That is less that $6 per month when you average it out. A phone greeting is sometimes the first contact anyone has with a business. You want to give a great first impression. You want to sound like one of the big international companies. You can actually have those same professional voices that they use! And you can do it all yourself right here, right this minute if you really wanted to!

Find A Voice Talent In A Few Simple Steps

Trust me, this site is amazing. It is intuitive, it’s easy to use, the voice talents are all pros and the rates are affordable.

You can even post a FREE Casting Notice and have hundreds of voice talent record an audition of your scripts so you can find the right one that projects the image you want.

Whether it’s for a phone greeting, corporate narration, videoscribbing voice overs, radio or television commercial, E-learning material or audio for a website, you can find the perfect actor in just a few clicks.