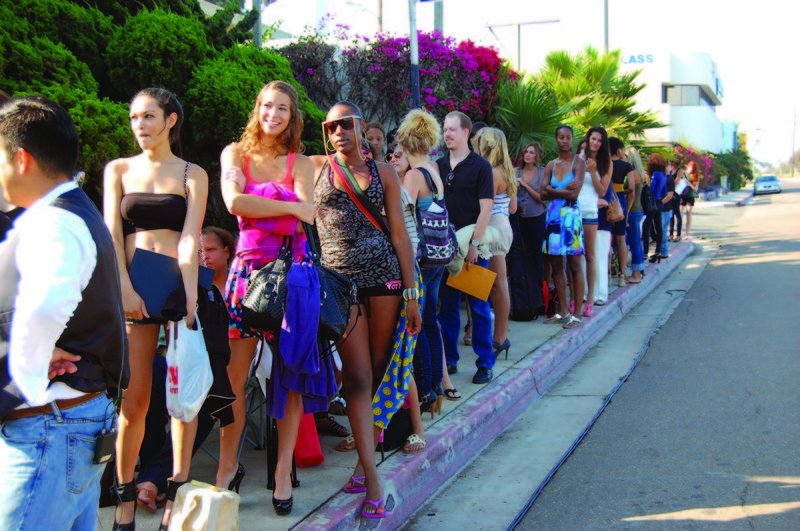 During the past two days we covered a story on a low-ball voice actor who unashamedly explained his reasons for undercutting his competition. Today we speak with former casting director Michael W. Penny who spent 2 years as a casting director and talent coordinator for animation productions, where he worked on a few key series like Iron Man: Armored Adventures, Inuyasha: The Final Act, and Tara Duncan.

As a casting director, his main job was to oversee the audition and casting process of cartoons, video games, animated films and promos. We spoke to Penny about the industry and his advice to Richard Dynas.

What is your advice to new talent looking to enter the industry?

There are going to be 100 other people who look and sound similar enough to you that it looks like a tossup in choosing you or the “next guy”, so there are a few key things to do: Practice, Develop different voices/ranges, and be professional!

1) Practice: Practice all the time. Practice diction, practice enunciation, practice in the mirror and in the shower, practice different characters, etc. If you and the “next guy” sound the same in vocal quality, you better have honed your skills more than he has so as to have the edge as the better actor.

2) Develop Different voices/ranges: Range of different characters is key because in general it’s costs a production less to hire 1 voice actor to voice their main role and, for example, another handful of background characters, than it would be to hire different people for every role (remember this is V.O., not on-camera, so we can double or triple cast easily). The ability to do many different and distinct voices is great for your marketability.

Also work on your children/teen voices. Who are the “stars” of most children’s cartoons? Children! So if you want a shot at getting a lead role like this, being able to pull off a realistic and convincing child/teen voice is important. In a long running TV series, it’s better to hire an adult who can consistently do a young voice than it is to hire a real child whose voice will change as they age. There’s a reason Bart Simpson has been voiced by the same person for ~25 years.

3) Be professional: As simple as it sounds, people want to work with other professionals they like and find pleasant. If we know a director or producer likes an actor, it made it so much easier to cast them. Of course ability is the primary thing we look for, but being the type of person other people WANT to work with is huge. A polite and professional personality will open more doors than just the talent alone, in my opinion at least.

Just like with any other product or business service, you need to find your niche and prove what you can do better than anyone else, and become the actor producers want to work with, for both your skills and personality. That’s what will give you an advantage over the competition.

4) Produce a quality demo: It’s important to showcase your skills in the best way possible, and having a quality will be your main marketing tool.

What makes a great voice over demo?

Well my experience is strictly in Animation/Cartoon casting, so I cannot speak to what makes a good demo for other types of voice over work like narrator, commercial, etc. What I can say is what we looked for in a strong animation demo:

1) Around 2 mins long. Any longer, and I’m too busy to listen to it. This would be different for commercial demos, where 30 seconds is probably closer to the norm as it needs to be quick and snappy, but in animation we WANT to hear a bit longer of a demo as we need time to assess the different voices you can do.

2) The reason for the length is because you’re going to want to showcase your best 3-6 voices in different reads. With that said, if you do not have enough material or different voices to get to 2 mins, don’t use filler. Just go with what you have perfected and only use your best voices. Using voices you haven’t mastered yet will be obvious to the person assessing your skills and will hurt you more than anything.

3) Of the 3-6 voices you may do, the first will be your own natural voice. The rest will be all the “characters” you have perfected. “Old man”, “Army General”, “Mad Scientist”, “Wicked Witch”, “small child”, “teen girl”, etc… showcase your range with individual and distinct characters. Not only does this show what voices you can do now, it shows the casting director you have a good range of ability, and they make take a chance on you in an audition for a role that at first glance may not suit you. A good casting director can see beyond just what you’ve produced for them in the demo to see what your potential may be.

Thoughts on UglyDork and his admission of ‘low-balling’ voice over work?

Honestly, I’m on the fence about this kind of situation. On one hand, the union is set up for a reason: to protect the actors from the type of activity where producers could take advantage.

On the other hand, sometimes it’s just about making sure you have an income to feed your family and pay your mortgage, and I’d assume most of these low-balling jobs would not be union based and therefore not top-tier anyway, so I can understand the argument of low balling in a “you get what you pay for” kind of way.

[pullquote_right]VOICE ACTOR RIPS VOICE COACHES TO SHREDS – “Do you think Julia Roberts is coaching some unknown actress? Hell no, she makes too much money and has no time.”[/pullquote_right]

If a producer is not paying at least union rates, they aren’t going to attract top-level talent. Instead they’ll attract lower-tiered talent, or unknown/new talent who probably just want some material for their reel, and there’s nothing really wrong with that. If someone wants to do a cheaper job to increase their profile or because they aren’t even up for those “top-tier” jobs, and they understand and are willing to accept the risks with offering your services to a production that can only afford you at a cheap or free cost, then I personally don’t have a problem with that if it is your choice to do so. If we’re honest, in the film/tv/animation industry, everyone’s worked for free at some point just to gain experience.

With all that said, if you want to be a union actor, you shouldn’t make a habit of doing too many undercut jobs, as it probably won’t service you in the long run.

This was one topic that set the forums on fire with everyone having an opinion on ‘low-ballers’ and ‘bottom feeders’.

What’s your advice to anyone undercutting others to secure voice over jobs? Let us know in the comments section below.