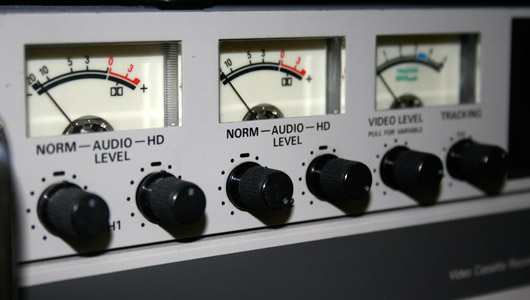 Murphy’s Law. The adage that anything that can go wrong, will. The original concept, though not officially titled Murphy’s Law, has been traced back as far as 1877. Something tells me it probably goes back a lot further. I’m picturing a caveman. Who has just discovered fire. When suddenly it starts to rain.

I’m sure that at some point in your life you’ve experienced a little bit of Murphy and his law. You’ve probably cursed his name a time or two. Speaking of which, if you’d like to curse him directly, the namesake was Capt. Ed Murphy, an aerospace engineer.

Anything That Can Go Wrong, Will

When it comes to voice over, there are plenty of times when Murphy’s Law strikes. It happened to me tonight. I had spent a day working away on several different projects and submitting a bunch of auditions. Around 6pm I decided to call it a day and went to grab something to eat. Feeling lazy, and apparently unhealthy, I grabbed a couple of cheeseburgers and a Cherry Crush.

I wasn’t home for more than five minutes after my dinner of champions when a really great audition invite came. Have you ever auditioned for a job after eating a couple of cheeseburgers and drinking a Cherry Crush? It doesn’t work so well. I’m chalking it up to Murphy’s Law!

Here are a few more…

* Why do clients you haven’t heard from in a while always call when you’re on vacation and can’t actually record a voiceover for them?

* Why do you always book the job you’ve had your fingers crossed for right after you’ve ate a huge meal and washed it down with milk? Oh, and the client needs immediate delivery!

* Why can you go for two weeks without a gig and then get 10 bookings the day after you get a head cold and you sound like you’ve got sandpaper in your throat and cotton balls up your nose?

* Why does your Internet go down right in the middle of sending an audition to a client?

* Why does the computer crash and you lose everything 1.7 seconds before you were about to hit save on that edited audio?

* Why does the phone ring, someone knock on the door, a baby cries or a dog barks right in the middle of a perfect take?

* Why do you sit around all day hoping for a job, an audition opportunity, or a call from a client only to get it the minute that you leave the house for an evening on the town?

These are just a few of the encounters that I’ve personally had with Murphy and his Law and I’m guessing I’m not alone in these. In fact, judging by what I read on my social networks, all of us that doing voice work for a living have experienced all of these annoyances.

As you’re heading into the studio today, just remember to smile when Murphy strikes. Laugh it off, chalk it up to a life experience and get back to doing what you love. Being a professional voice actor! Nothing Murphy can do can ever change that!

Marc is a professional voice talent here at The Voice Realm.
To hire Marc : Visit his profile here

Marc Scott is a professional voice actor. He specializes in voice work for explainer and whiteboard videos, eLearning and training, phone systems, voice overs for real estate virtual tours and commercials and promos for radio and TV.