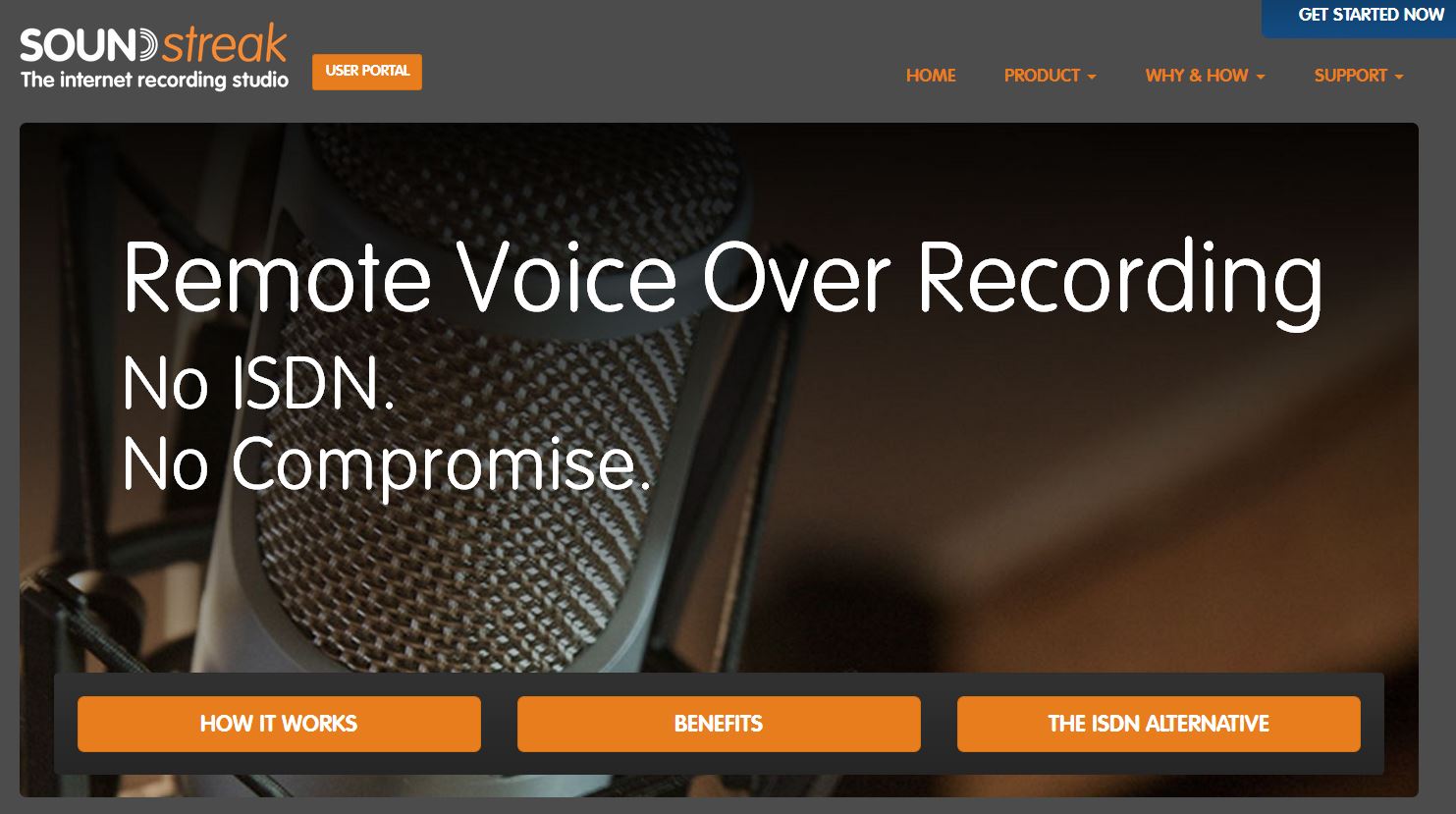 There is so much chatter at the moment about all the alternatives to ISDN. Some have actually been around for a while. But now with plenty of competition from ipDTL, and the recently announced Source Connect Now, there’s also SoundStreak competing for the lucrative voice over market.

Voice Over Herald chatted exclusively to Yoni Slotwiner, Customer Operations for the software that connects studios with voice talent remotely, to find out how they are positioning themselves in the marketplace.

If someone was looking for an ISDN alternative, why would you recommend Sound Streak over other options out there at the moment?

It’s true that there are an increasing number of alternatives to ISDN, and SoundStreak is just one of them. We’ve always said that if you’re using something and it works for you, that’s great! In fact, due to our pricing structure (see more on that below), nobody has to choose SoundStreak over other options—anyone can create an account and install the software for no cost whatsoever. That means that you can have another more expensive application, AND SoundStreak. It increases your options while costing you nothing. Still, there are several reasons for voice talent and producers to use SoundStreak for their remote recording.

For talent, other than being extremely easy to use and reliable, SoundStreak doesn’t cost anything. You can install it on as many machines as you want (note that the installation takes less than five minutes), so you can always be available for work as long as you have an Internet connection and a decent setup. While in session, voice talent don’t have to worry about any technical stuff because the session is controlled remotely from the Production side of the software. You have everything you need right there in the SoundStreak interface—the script, the take list, and the video (if reading to picture)—and you can communicate through the built-in voice patch. Additionally, at the end of the session all of the high-resolution audio files are not only on the talent’s machine, but on the producer’s hard drive and on our server for easy forwarding and future retrieval. This means that neither the talent nor the producer have to worry about FTP because the file transfers are done automatically (over a secure network) by SoundStreak. When the session is over, talent can move on to their next session knowing that all of the takes they just recorded are already where they need to be. Finally, we are working hard to inform producers about SoundStreak, so talent might as well be ready with another weapon in their arsenal.

For producers, much of the same applies—it is easy to use, reliable, and works from anywhere with a broadband connection. The Production side doesn’t need any special hardware or software to run a session: it can literally be done from a coffee shop with wifi. SoundStreak also has features that are useful to producers such as a built-in voice patch, real-time script editing, read-to-picture, automatic secure file transfers, and more. On a different note, since any talent can download and use SoundStreak on pretty much any computer for free, producers have access to a much wider talent pool than ever before. There are no upfront costs for producers, either—the account and software are free and Production only pays per session once the first take is recorded. Because of SoundStreak’s flexibility, it is an affordable solution for many remote voice-over applications.

What changes have you made to the technology or pricing over the past few years?

We’ve made lots of changes to our technology over the past few years. Aside from pretty much rebuilding the back-end server from scratch to improve performance and reliability, we’ve enabled full compatibility with Mac and PC, enhanced and added features such as “Auto-transfer” and “Remote Clip Detection,” upgraded our voice-patch codec for higher-quality communication, and created a User Portal for account management and session tracking which includes especially cool features for enterprise customers.

As for pricing, that is a relatively new introduction. Since our launch three months ago our price has been $24 for a 30-minute segment (with session resumption of up to 12 hours). When we initially announced pricing back in August, we sold prepaid sessions, but based on market feedback we switched to our current pay-as-you-go model before our launch in November. We’ve kept our pricing simple for now. We plan to offer additional pricing options as we learn more about usage patterns. In the near future we will also announce more attractive pricing for users who do very long sessions or very frequent sessions. We offer special pricing plans for enterprise or large-volume users, so we encourage anyone who plans to do a lot of SoundStreak sessions to get in touch with us.

What are the future plans for Sound Streak?

Besides becoming an industry-standard tool found in every studio? Mainly new clusters of features such as an “observer” role, which will allow more people, from more remote locations, into the session; the ability to do a “self-session,” which will let Talent do a session on their own, without being connected to the Production side; features that will help with long-form recordings like audio books or podcasts; and various workflow improvements.

How is the technology being utilized by consumers?

SoundStreak is being utilized in various ways by diverse customers, from large television networks to independent studios. As I mentioned above, SoundStreak can be used by Production from pretty much anywhere, so in some cases it is an alternative to renting rooms at both ends of the remote session. Our customers record voice overs for on-air promos and ads, voice for video games, podcasts, and more.

Have you used any of the ISDN alternatives on the market? Let us know what you plan to do in the comments section below.