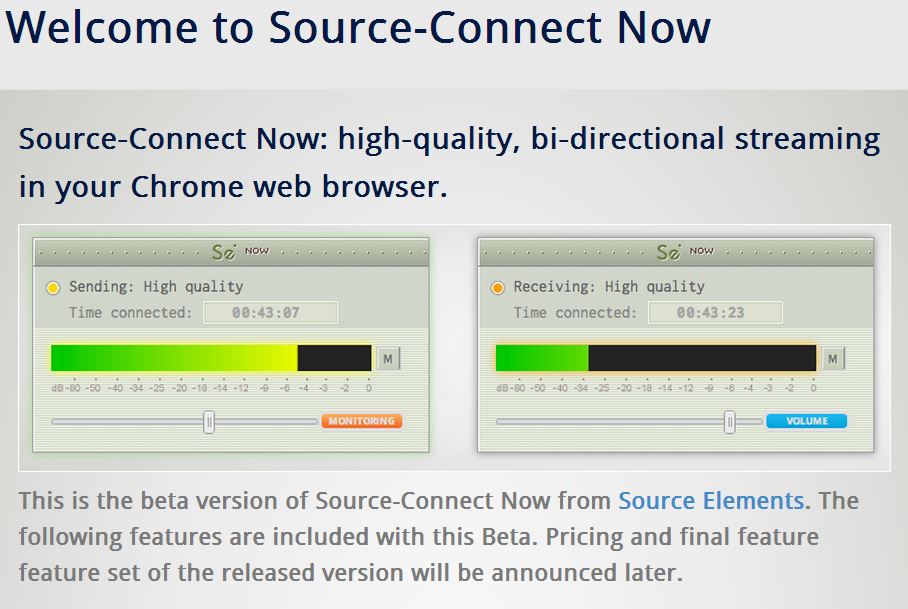 With all the talk recently about new technology that is a viable alternative, and even replacement for ISDN, there’s more news that Source Elements is now coming to the party, offering a more affordable version of their real-time software that connects voice actors with studios.

The new software is more ‘Skype-like’ and essentially an easier to use version of their flagship software, Source Connect, removing some of the bells and whistles such as ‘replace and restore’.

User can register their interest at the sub-domain of Source Elements, the company behind Source Connect software.

Currently the application is in beta mode for users to test for bugs, with pricing and final features to be announced at a later date. A chrome browser is required.

Voice over tech guru George Whittam spoke with the developers, Rebecca Wilson and Robert Marshall of Source Elements, for an exclusive demo of their newest software via a link up using the software and recorded it to YouTube.

ILok hardware is no longer required with the new software utilizing the Opus codec rather than AAC.

Pricing is expected to be “competitive” according to Wilson.

Have you registered for the beta test? Which software will you be trialing?