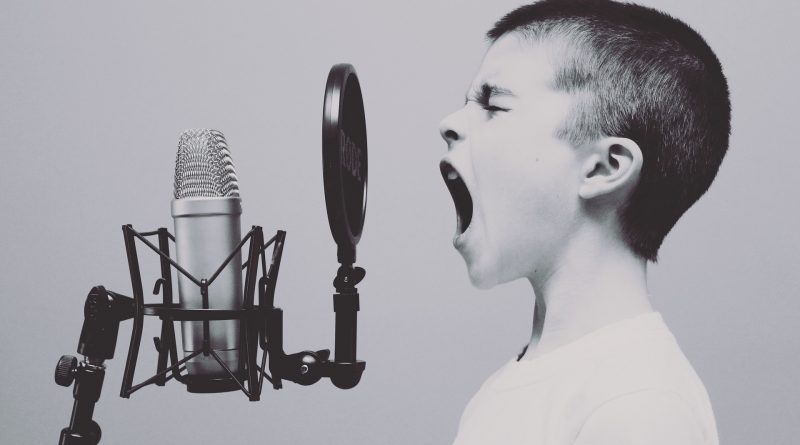 As a parent, you surely have spotted your child imitating character voices of his/her favorite cartoon show. When you realize there is a potential in your child to engage in the exciting world of voice acting, you may be chomping at the bit to grab the chance and give it a try because for one, voice acting is such a rewarding career especially now that a kid’s voice is rapidly becoming in demand since the world of animation, video games, cartoons, commercials, TV series and audiobooks is continuously growing. Two, it can be pretty awe-inspiring to get your child reap many bucks at a very young age and see him incredibly grow a real career as he grows too. This likeliness is doubled if you are a voice actor yourself. As a voice acting parent, you would perhaps want to hand down your legacy to your children.

Many adults and young adults possess the talent of sounding ten or twenty times younger than they are. But the demand for authentic children voices presents a different return. Consider the voice of Kicking Boy in The SpongeBob Movie: Sponge Out of Water who is also known as Young Bart in I Can Only Imagine, who was just 4 years old when he entered the voiceover world and is now turning 14. So far, he has 18 credits to his voice acting career now! Now you can just imagine how far your child can go if you set him on the voice acting stage.

But just like any other activity you wish to enroll your child in, there’s no easy way out to embarking on the voice acting arena. And considering that voiceover acting for adults is already challenging, voice acting for kids and teens is regarded as a whole new level of venture which presents a different stage of challenges.

There are a few things you need to know before getting your kids into this industry.

Your Child’s Interest in Voice Acting

First things first, regardless of your child’s amazing ability to imitate his favorite cartoon character, it is crucial to check his interest in the career on top of anything else. No matter how much you prove he would fit in, you cannot force to mold your child into someone he wouldn’t otherwise love to be in the long run. It is important that you keep the fun and excitement in your child’s voice acting journey.

Even the most skilled and fully-established voice actors still experience rejection and minor troubles in their bookings. It’s not all roses –  unsuccessful auditions are possible and should be anticipated. This is twice tougher for children and teens because they may lack the strong coping mechanism that can be derived from many life experiences.

The key to getting through the challenges is hiring a voiceover coach. Not to mention that even the most popular and experienced voice actors still have a coach by their side, the role of a coach to your child’s voiceover career is the principal requirement if you are serious about your plans for your child’s future in this career. Specialized training for teens and kids that is focused on teaching industry-specific skills and techniques while keeping the fun in learning and being exposed to real-life situations is the type of coaching sessions you would want for your child.

Hearing your child imitate character voices or even sing around the living room and see potential in them is just the trigger. The next big step even before the voiceover coaching is enrolling your child to acting workshops. Your child needs to learn the fundamental skills of acting and must be able to master the difference between normal talking and cartoon talking. Your child needs to hone his skills in animating and energizing his voice. In acting workshops, your child will be exposed and familiarized to the ins and outs of the acting industry and how it works.

Voice acting is both a craft and a profession; hence, you should know enough that submitting your child in this career may require full commitment and this just might create a conflict of interest most particularly if your child is simultaneously enrolled in a university. Voice acting involves a lot of practice, coaching, equipment, and auditions that do not always deliver a paid job right after you have submitted your voiceover audition.

The demo is the voice actor’s ticket to the market. Clients mostly depend on voiceover demos so make sure you have the right equipment to record one. For starters, you may rely on your child’s coach to help him produce a demo and practice using the equipment in his coach’s studio. So it is important to select a coach that can lend his recording studio for your child to hone his voice acting skills. There are a number of options and practices in producing a great demo.

After quite some time of practice, assess and evaluate your child’s skills and readiness to get into the field. If you both agreed that it’s time for him get his toes wet in the competitive market of voiceover, you may also consider setting up a home studio with above-average equipment. It doesn’t have to be the best studio setup and the professional-grade equipment out there, well at least for now. At this early stage, it’s the best time to take advantage of the free recording software and popular recording equipment claimed to be of high-quality at cheap price. Check out this guide in selecting your recording equipment.