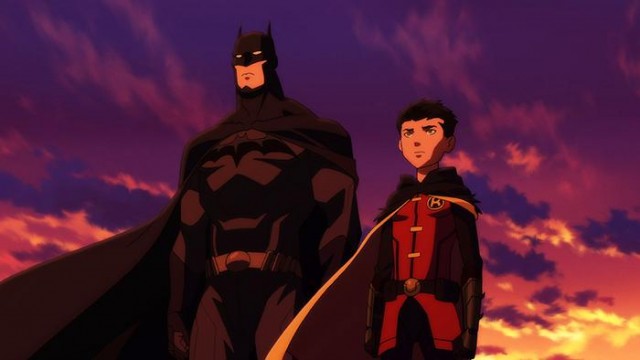 The actors from the last movie Son of Batman will reprise their roles in the upcoming spring sequel. Jason O’Mara best known for the television series Terra Nova and Vegas is slated to voice Batman for several in line with DC Universe Animated Original Movies including this latest.  Apart from Son of Batman, O’Mara also voiced Batman in Justice League: War and the upcoming Justice League: Throne of Atlantis.  Stuart Allan of Bad Teacher and the 2015 upcoming TV series Transformers: Robots in Disguise will return as Robin/Damien.  Playing the role of NIghtwing is Sean Maher, star of Firefly and Serenity.  David McCallum of NCIS will also return as Alfred.

We also learn of that Batman vs. Robin will also feature new and interesting voice actors to join the ensemble.

According to Hollywood Reporter, ‘Weird Al’ Yankovic will play the Dollmaker, a son of a cannibalistic serial killer.  Also included in the voice cast are Jeremy Sisto of Law & Order and Suburgatory who will play Talon, a Court Assassin; Robin Atkin Downes who has done several characters in other Batman series and films will be Grandmaster; Actor Peter Onorati will voice the character Draco; and voice actress/singer Grey Griffin will be play Samantha.

The movie is inspired by the Batman: The Court of Owls comics storyline by writer Scott Snyder and artist by Greg Capullo. The movie is directed by Jay Oliva.