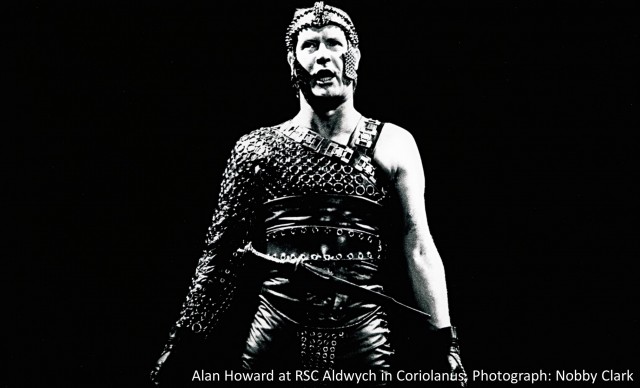 Alan Howard’s brilliance in delivering the great Bard’s words is unmatched. As The Guardian puts it, “Alan Howard was the quintessential Shakespearian monarch, capable of a vast range of interpretation. But it was his voice was the core of his greatness.”

Alan Howard’s voice resonated for many years in the theatre, along with Ian McKellen, he was the leading and most accomplished Shakespearean performer of his time. He graced the Royal Shakespeare Company for almost 20 years from 1966 till 1983, playing numerous roles from Jacques in As You Like It to Mark Antony in Antony and Cleopatra.  He continued his auspicious career with the Royal National Theatre between 1992 and 2000.

Though the core of his arts was fundamentally as a classical stage actor, Howard also shared his talents through television and film.  In television he played Philoctetes, The Way of the World and Comets Among the Stars, Mr Spenlow in David Copperfield and as Maurice Wilkins in Life Story. And appeared in some popular television series like Notorious Woman, The Return of Sherlock Holmes, Midsomer Murders and Foyle’s War.

Howard was recognised by critics and peers in various awards such as, Plays and Players awards for his performances in 1969, Most Promising Actor in the RSC repertoire; Best Actor for his RSC performances in Wild Oats, the three parts of Henry VI and Coriolanus in 1977, and again in 1981 for his roles in Richard II and Good by C.P. Taylor.

He was also distinguished by the Society of West End Theatre (now known as the Olivier Awards) as Best Actor in 1976 for his performances as Prince Hal in Henry IV, Part One and Part Two and Henry V and in again 1978 in a Revival for Coriolanus.

Alan Howard passed away last February 14 at the Royal Free Hospital in Hampstead, North London after being admitted with pneumonia.