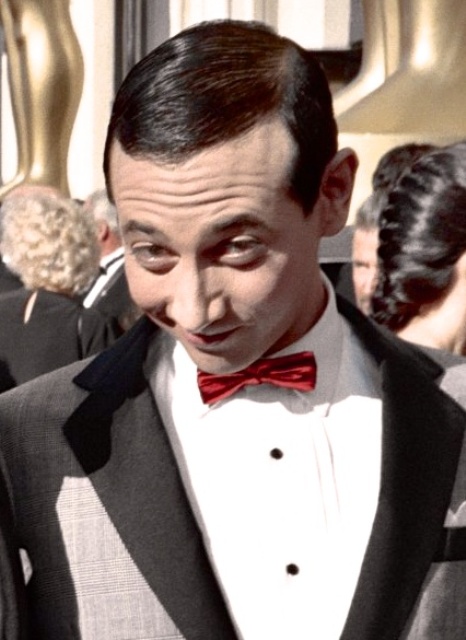 Barely ten days after Marvel released the official The Avengers: Age of Ultron trailer it already reached a staggering 50 million views!  As fans are all hyped up with Marvels latest offering, people are sure to ride along with its popularity and maybe poke some fun at it too.

Jimmy Fallon who has been known to do his “Pee-wee Herman” voiceover versions of eagerly anticipated films (like World War Z and Dark Knight Rises some two years ago) is definitely not going to pass this one up.  But as luck (or maybe by design) would have it, Paul Reuben was a guest in The Tonight Show to promote his new box set of Pee-wee’s Playhouse.   So who else can do a better Pee-wee re-dub than Paul Reuben himself?  So here is The Tonight Show’s version of The Avengers: Age of Ultron:

We’re just guessing here, but we think fans might have loved it even more if Paul did the whole Ultron voiceover.  But despite this wishful thinking, fans are still eating it all up, with close to 400,000 views after only one day of being posted online.

Of course the real trailer is a must see, with James Spader voicing most of the trailer as Ultron.

James Spader seems to be the perfect choice (as evidenced by the trailer) to play Ultron, with a voice that can be compelling and menacing, but also still be very human and humorous.   When asked what he thinks of his character, Spader described Ultron as “self-absorbed.”  He further adds, “I think he sees the Avengers as being part of a problem, a more comprehensive problem in the world.  He sees the world from a very strange, biblical point of view because he’s brand new, he’s very young.  He’s immature, and yet has knowledge of comprehensive, broad history and precedent, and he has created in a very short period of time a rather skewed worldview.”  A complex character like Ultron needs an intelligent actor like James Spader.  Yup, Marvel did this one right.

The Avengers: Age of Ultron will be shown in theatres 1st of May, 2015.  It’s still a long wait, but judging by this trailer it will be worth it.  Sadly though Pee-wee nor Jimmy Fallon won’t be in it…hmm maybe in the Blu-ray release.